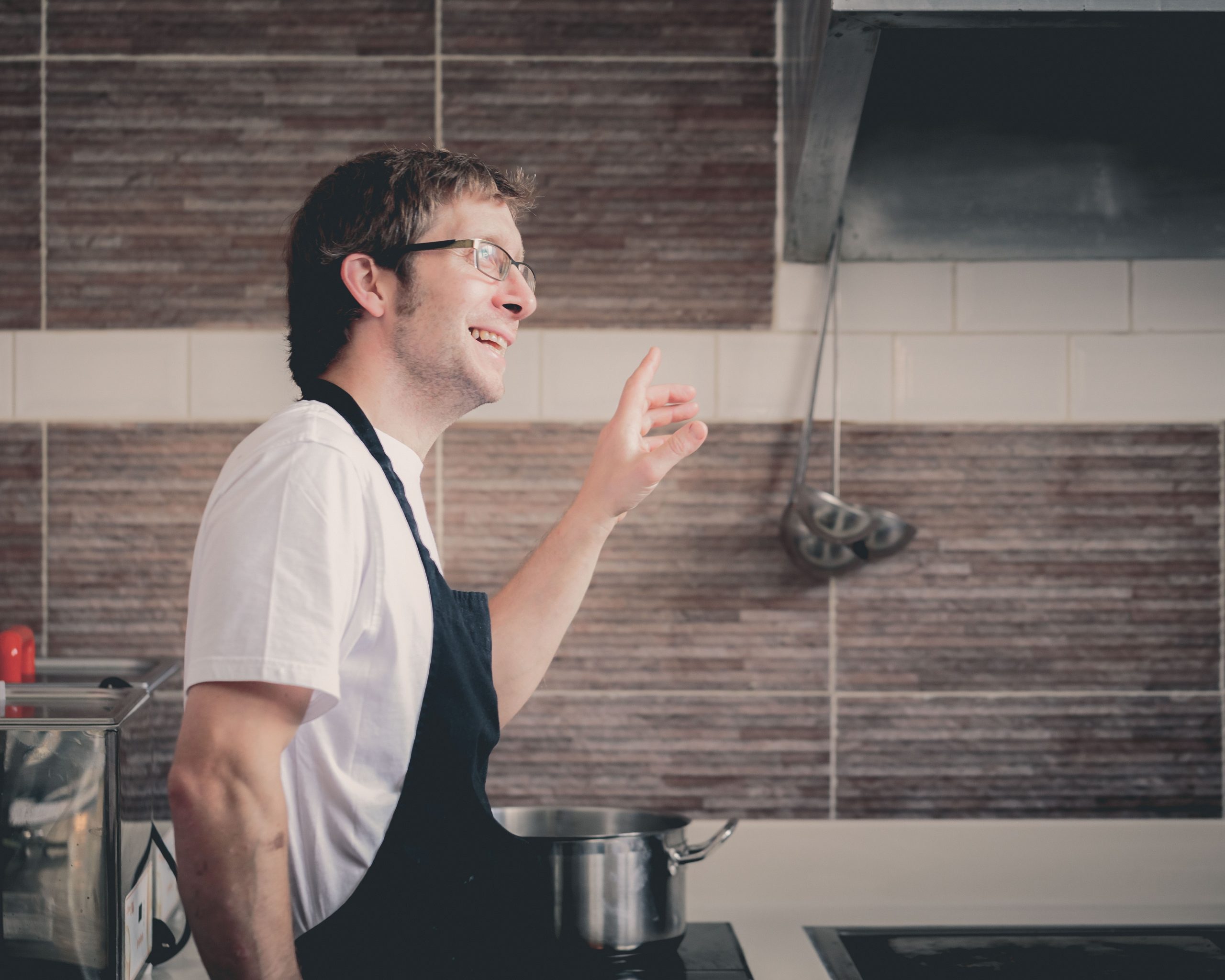 By Festival AdminFebruary 11, 2020No Comments

Born in Fife to a Scottish father and a Belgian mother, Bruce Rennie considered a career in architecture or music technology before, like many a penniless student before him, he applied to work in a kitchen. He soon discovered that not all restaurants are created equal; he poured himself into Ladenis, Rhodes and Marco Pierre White books, and decided to pursue a higher standard of cooking.

Since then, he has worked at The Balmoral Hotel, Gary Rhodes’ restaurant, Shanks and Martin Wishart’s.

He moved to Cornwall ten years ago, where he ran St Ives gastropub, The Gurnard’s Head, for four and a half years, followed by a short spat at Rick Stein’s Porthleven restaurant.

Finally, in 2015, he opened The Shore in Penzance.

“The shore has been a constant source of inspiration throughout my life. Where the land and sea meet, it is a place of discovery, adventure and excitement.  The daily, fresh produce and creative menus reflect the passion that I have for the shore and I hope that you make a new discovery of your own.” – Bruce Rennie