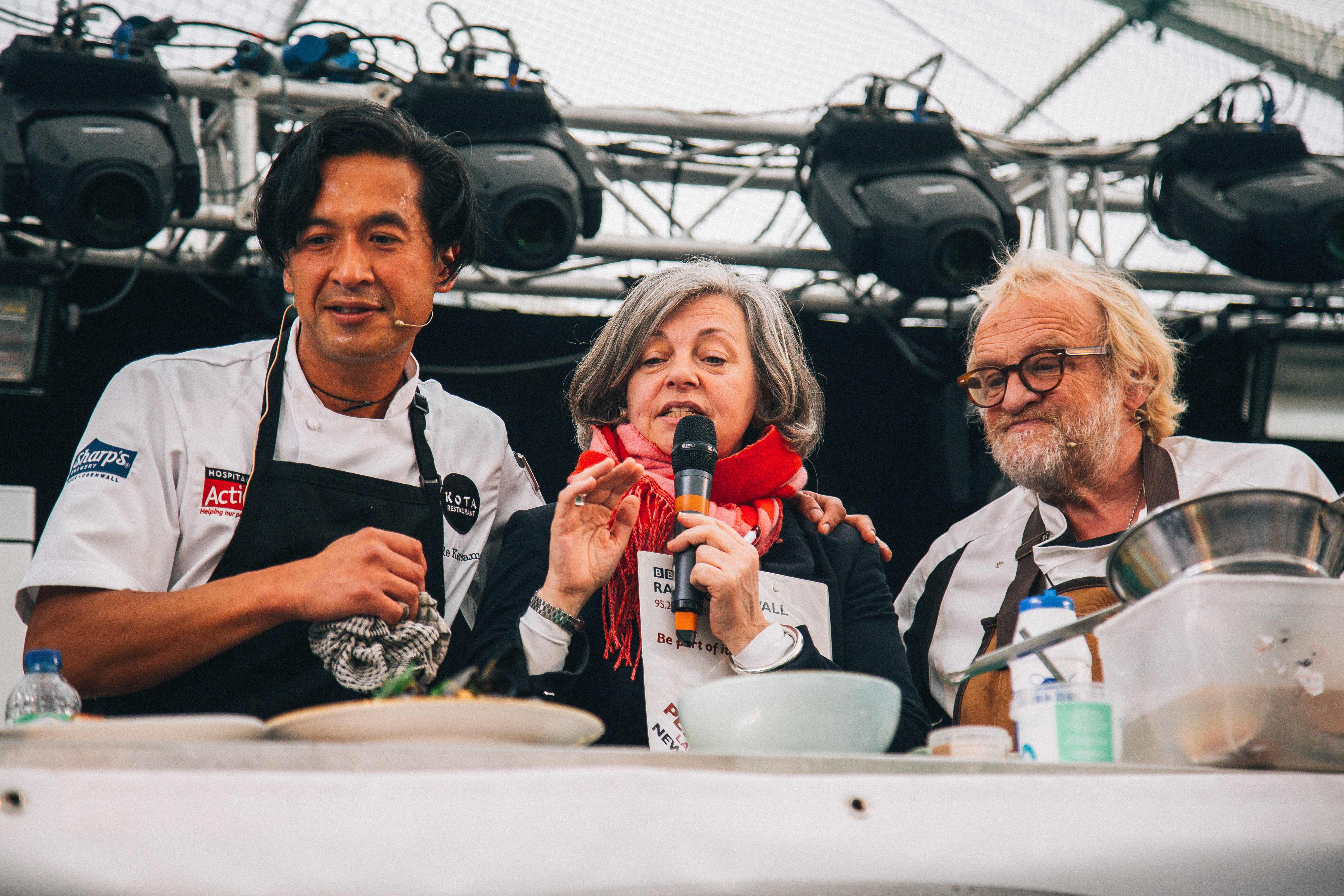 By Suzie InmanFebruary 15, 2019No Comments

We’ll be welcoming our best chef line-up ever in 2019 as a bumper crop of kitchen maestros from the South West and beyond head down to cook up a storm for you in our Chefs Theatre, presented by Proper Job.

The event will be opened by Festival-patron Antony Worrall Thompson at 10am on Saturday and he’ll then be cooking on stage with Porthleven’s own Jude Kereama from Kota and Kota Kai, who was named best Chef by the prestigious Trencherman’s Guide at their most recent awards.

Big names who’ll be popping down for the weekend include Michelin-starred Gareth Ward from Ynyshir in Wales, foodie superstar Josh Eggleton and Sally Abe from London’s Michelin-starred pub, The Harwood Arms.

The cream of the Cornwall crop will also be in attendance with Chris Eden of the Driftwood Hotel, Portscatho; Guy Owen from the Idle Rocks; Mick Smith from Porthminster Beach; Stephane Delourme of Rick Stein’s Seafood Restaurant in Padstow; Ben Prior from Ben’s Cornish Kitchen and Ben Tunnicliffe of the Tolcarne Inn, Newlyn.

There’s also a food and wine pairing demo from Fifteen, Cornwall and a Japanese cooking lesson from Naoko Kashiwagi of Naoko’s Kitchen and a demo by the staff and students of Cornwall College.

Jane Kereama, owner of Kota and Kota Kai in Porthleven, who each year curates the content of the Chefs’ Theatre as part of the Food Festival Committee, said: “The theme of this year’s Festival is Love Food so I really had to do justice with the calibre of chefs across the two days. And I’m so pleased! We’ve got some huge names from the culinary world appearing across the weekend, cooking tantalising dishes from around the globe.”

Porthleven Food Festival is free to attend with tickets only required for the Shipyard Sessions in the evenings. Keen foodies can guarantee a priority seat in the Chefs’ Theatre as well as a bridge pass for easy access around the harbour and entry to all three evening events by purchasing a Gourmet Ticket for £39 in advance (£45 on the day).