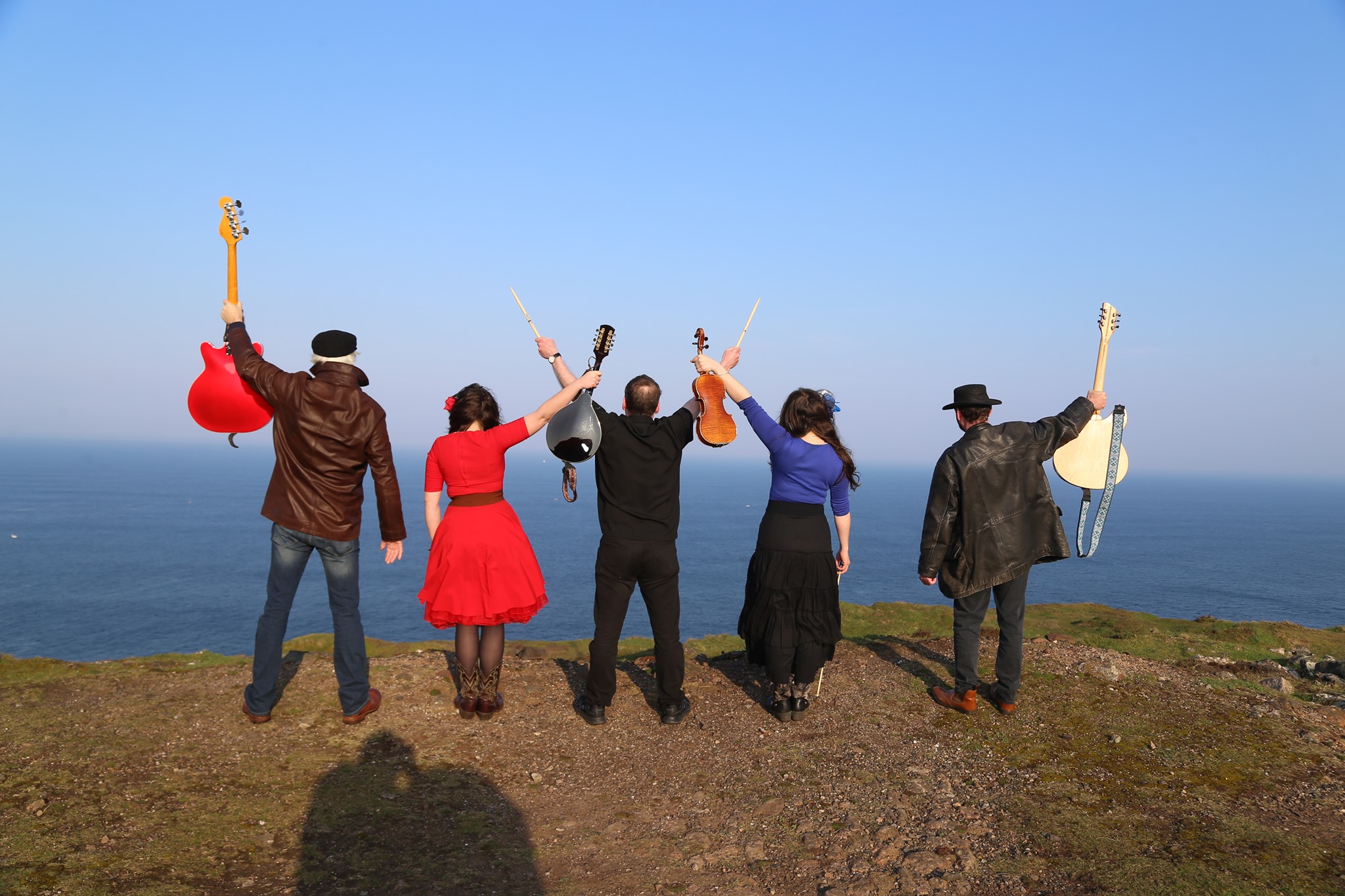 By Festival AdminFebruary 17, 2020No Comments

Du Glas offer their own brand of country rock combining influences from Americana and folk music. Born out of the vibrant Cornish music scene their unique sound is inventive and energetic.

It all began in 2016 when Du Glas (Cornish for ‘black’ and ‘blue’) began their adventure with Lucy Osborne (lead singer) and Anthony Power (guitarist and song writer) performing at open mic nights and jam sessions in West Cornwall. With Lucy’s background in theatre and Anthony’s catchy tunes, the duo captured audiences’ hearts with their emotional and dynamic performances. Teaming up with various local talent it wasn’t long before they were playing regular gigs and festivals. The group has since grown to include the rhythm master Kevin Cook on drums, the groove machine Crisso on bass and the sweet sounds of Lou Peixinha on flute and violin.

‘[Too Many Ghosts] is such a beautiful song, we absolutely loved the strong folk instrumentation and the lovely vocal harmonies’ – Maisonneuve Music

Together this spirited group mould their different musical tastes to create a diverse set of country rock and American folk. Nonetheless, a few things are certain, passionate vocals, solid rhythms and a truly vibrant performance. In 2018 Du Glas released their debut album ‘Too Many Ghosts’ and have since been playing music festivals across the west country including the main stage at Wonder Fields, Exeter and Cornwall Folk Festival. They are now looking forward to more time in the recording studio and releasing their next EP.