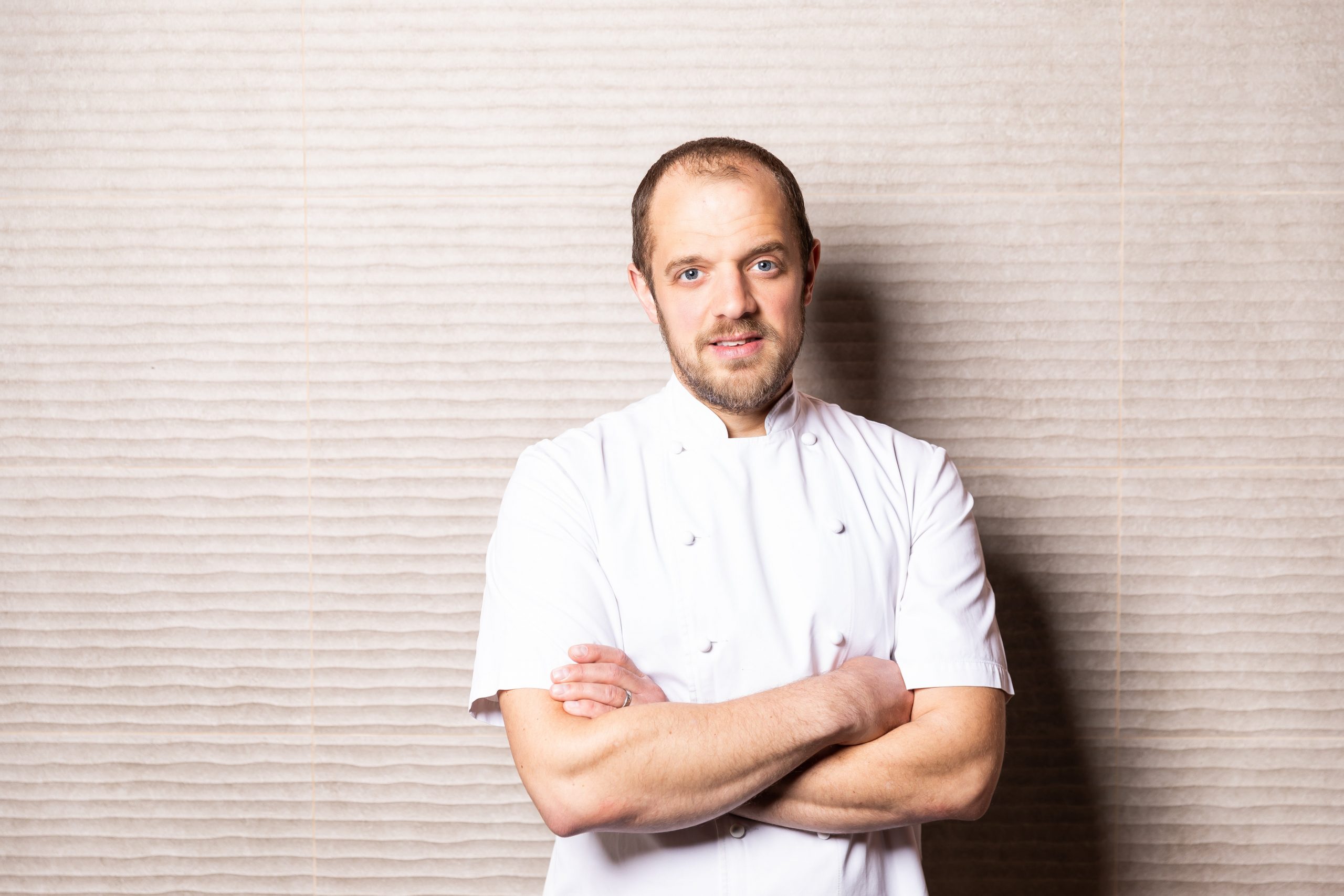 By Festival AdminJanuary 3, 2023No Comments

James Knappett is the chef-patron of two Michelin-starred Kitchen Table In London. Kitchen Table is a small restaurant on Charlotte’s Street in Fitzrovia, where guests are invited to take part in an intimate chef’s table experience with menus changed daily to reflect the best produce available.

Cambridgeshire-born James Knappett has worked in some of the industry’s most highly-regarded kitchens for a slew of Michelin-starred chefs.

James also spent a year working at at René Redzepi’s Noma in Copenhagen; he did a short stint at The Ledbury with chef Brett Graham and another with Marcus Wareing at the Berkeley.

On the influence the chefs he has worked for have had on him, his food style and career, James told food critic William Sitwell: “I’m not one of these chefs who will sit here and be like, ‘every single thing I think of is mine, it’s all my success, these guys have done nothing for me’ – no chance.

“Elements and learning from every single restaurant I’ve worked at are an inspiration to how I think about and cook food now.

“I’ve developed my own cuisine now, my own flavour profile, my own way of thinking about food, but that has all been driven and moulded by every single o