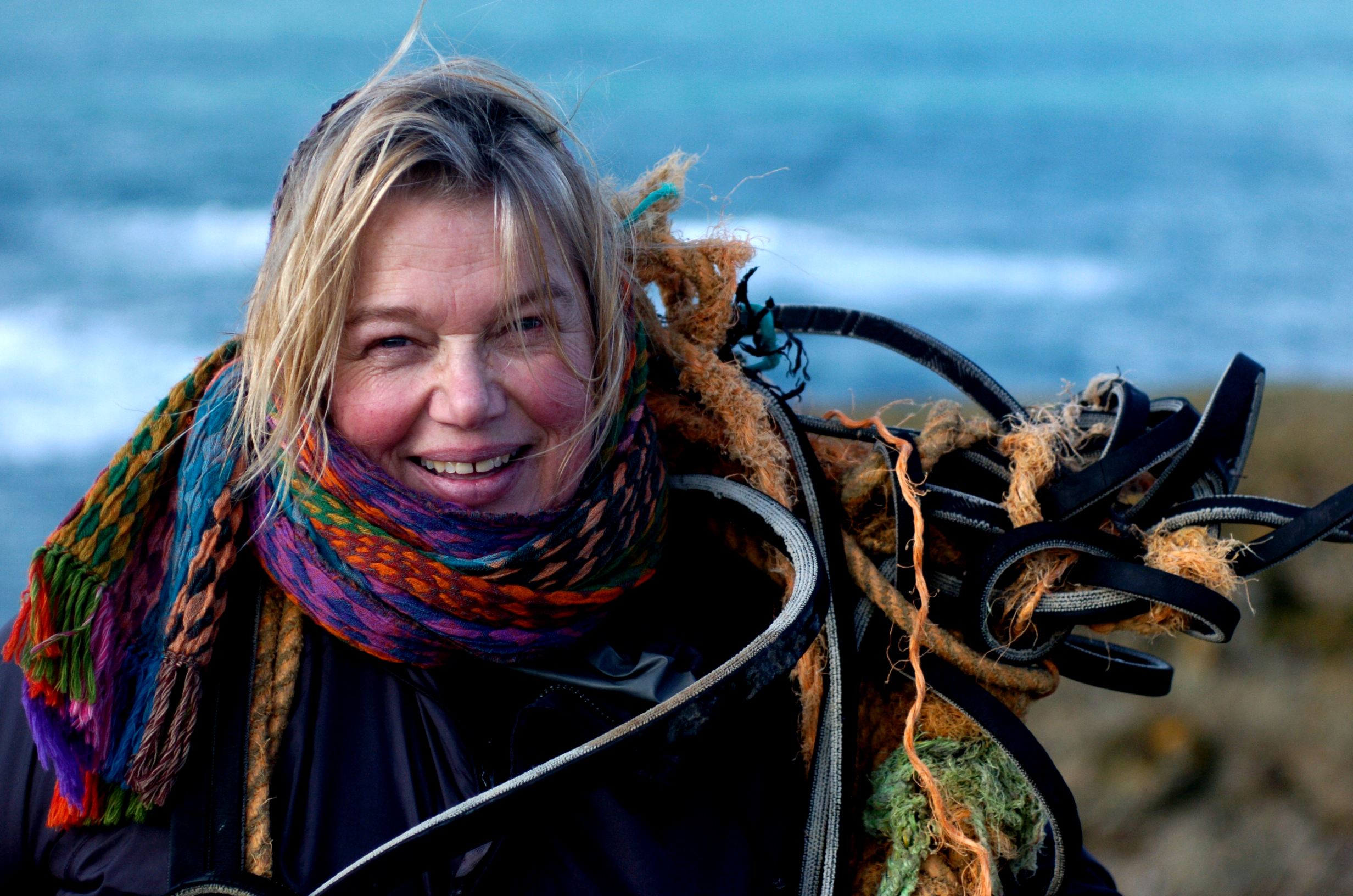 Jane Darke is an artist/writer/film maker who lives on the North Coast of Cornwall. Her work is about the life and people of Cornwall and their history, whether it be the lives of ordinary people in her parish, or the connections between all of us who live on the North Atlantic fringe and the ocean which pounds at her door.

Jane lives on the edge of a beach and since early childhood she has been a beachcomber. Most notably her film The Wrecking Season is essential viewing for anyone who wants to understand the Gulf Stream, what if brings across the Atlantic from the Americas and the links between coastal people everywhere. She made this film with her husband Nick Darke, a playwright, who died in 2005. Her second film was about his life and her grief The Art of Catching Lobsters, both films were broadcast on BBC4.

She paints and writes about her experience of sea. Her house is open to schools as a resource for learning about all aspects of sea life and creativity. Her book Held by the Sea, published by Souvenir Press, is a personal and profound eulogy to the Cornish coastal landscape and what can be found there.

She is also curator of St Eval Archive, working with her community to gather recorded memory and digize photographs. This is based in Tregona Chapel, St Eval, owned by her partner Andrew Tebbs, sculptor, with whom she made the film The Poet Charles Causley.