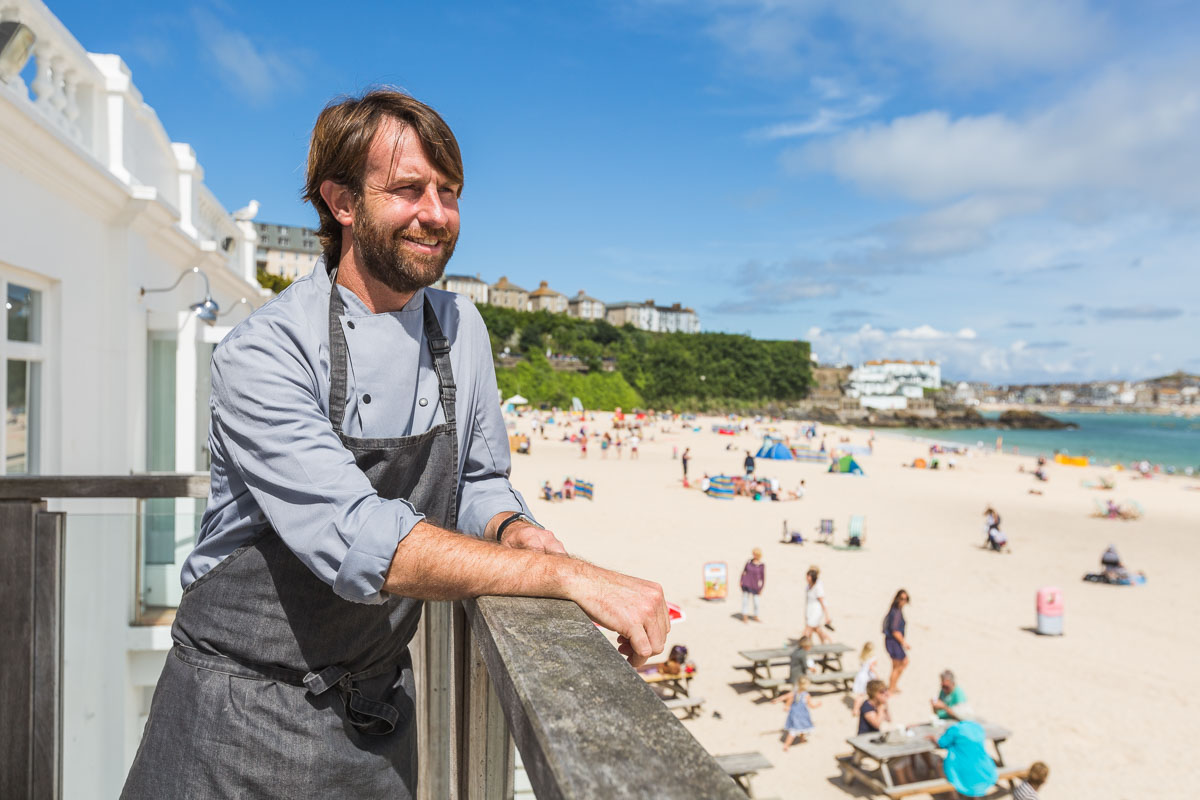 Mick’s route to St Ives has taken in a culinary journey spanning the globe. After growing up a stone’s throw from world famous surf along the Great Ocean Road in Victoria, Australia, he left his hometown of Warrnambool to sink his teeth into the bright lights of Melbourne’s foodie scene where he worked at some of the city’s top restaurants.

After a period of travel around Asia, always indulging in his two greatest pleasures, cooking and surfing, Mick settled in London, working at The Sugar Club in Soho With the siren song of the ocean calling, it seemed like natural progression, both personal and professional, to say goodbye to city life in 2002 and set up home in St Ives, starting at 3 multi-award winning restaurants, The Porthminster Beach Café, Porthminster Kitchen and the Porthgwidden Beach Café.

Always focused on creating innovative dishes using the bounty of Cornwall’s soil and sea, Mick has been one of the true innovators of the Cornish Food Scene over the last 15 years.