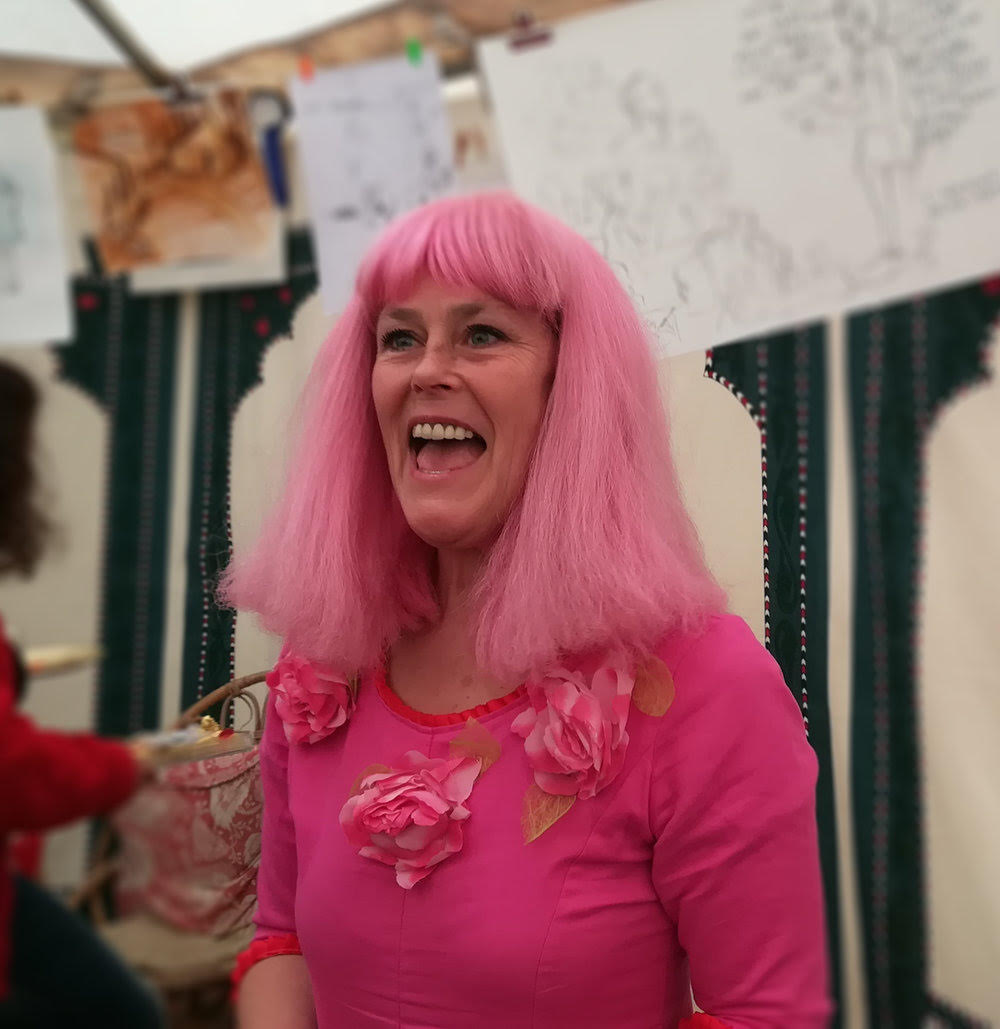 Sally Crabtree was once a world class gymnast, winning a scholarship to train in Russia at the age of 14 before going on to becoming the youngest ever member of the GB Women’s team, competing around the world.

Since then she has been turning the poetry world upside down with her cartwheeling poems and colourful, interactive performances which include a Poetree, the Sweetshop of Words and her award winning CreativiTEA Carriage for GWR.

As the Poetry Postie she delivers poetic inspiration to the nation and beyond – including to the United Nations. She delivers innovative creative literacy schemes which can connect communities both locally and globally and recent such Poetry Postie cultural exchanges have taken place in Cuba, France and Japan. She has been described as “Profoundly original – one of Britain’s richest inventions.“ ( Lars Gustafsson – nominated for the Nobel Prize) and her work also includes writing songs and creating best selling children’s books.