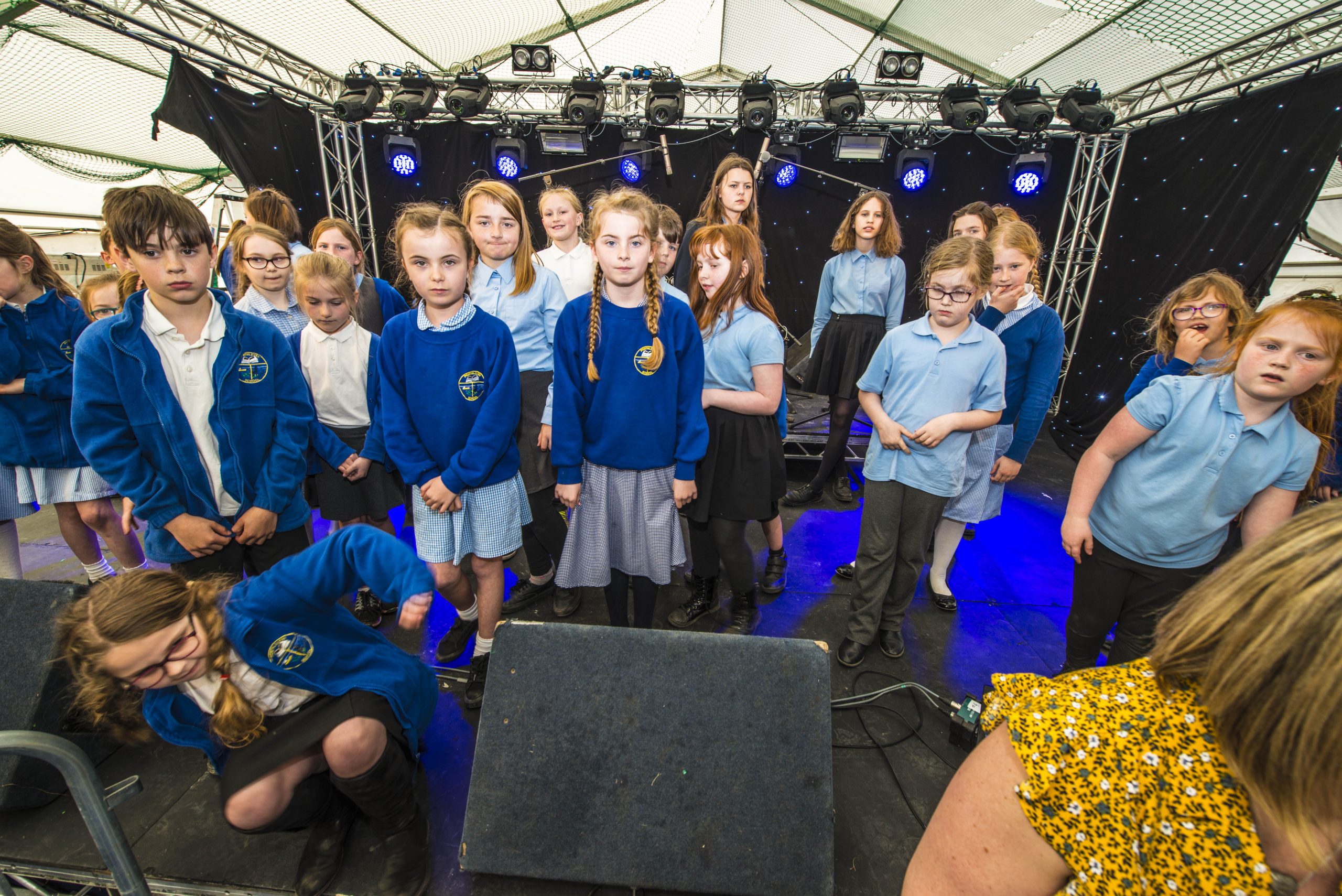 Porthleven Food Festival will be officially opened by the children of Porthleven School who will parade from the school down to the Festival site on the morning of Friday 27th April.

The whole school is taking part from Foundation up to year 6 and will parade down from school through Fore Street and then into the Moors Field where the children will perform two Food related songs which they have been practising. They will set off from school around 9:30am and arrive in the Moors Field to sing at about 10am.

Dan Clayden, Head of School commented, “The pupils at Porthleven School have been so excited and are incredibly proud to have the opportunity to open the Food Festival this year. This is such a fantastic event in Porthleven and they’ve really loved being  part of the build up and celebrations. The theme of love food has inspired their creativity with flag making and very enthusiastic singing and we hope the village has enjoyed seeing them perform.”

The event is one of the ways that festival organisers are linking with the local community. As well as the school parade the Porthleven Town Band will open Food Festival Saturday and Sunday with a performance on the Lime Kiln Community stage.

And organisers have also teamed up with the Porthleven Environment Group, who’ll be helping with litter-picks across the weekend, as well as encouraging visitors and traders to recycle their rubbish. Last year the Food Festival started a recycling programme and was able to recycle 53% of it’s waste compared to the 32% recycled by the average UK Festival. This year the aim is to achieve even higher figures.

For Sunday evening’s closing party the line-up is made up entirely of Porthleven Bands, including local surf guitar band Ola Loco, perennial punky favourites Half Kut, the emotional pop synths of Rosie Crow and the irresistible 80s get up and go of Go Go Skank.