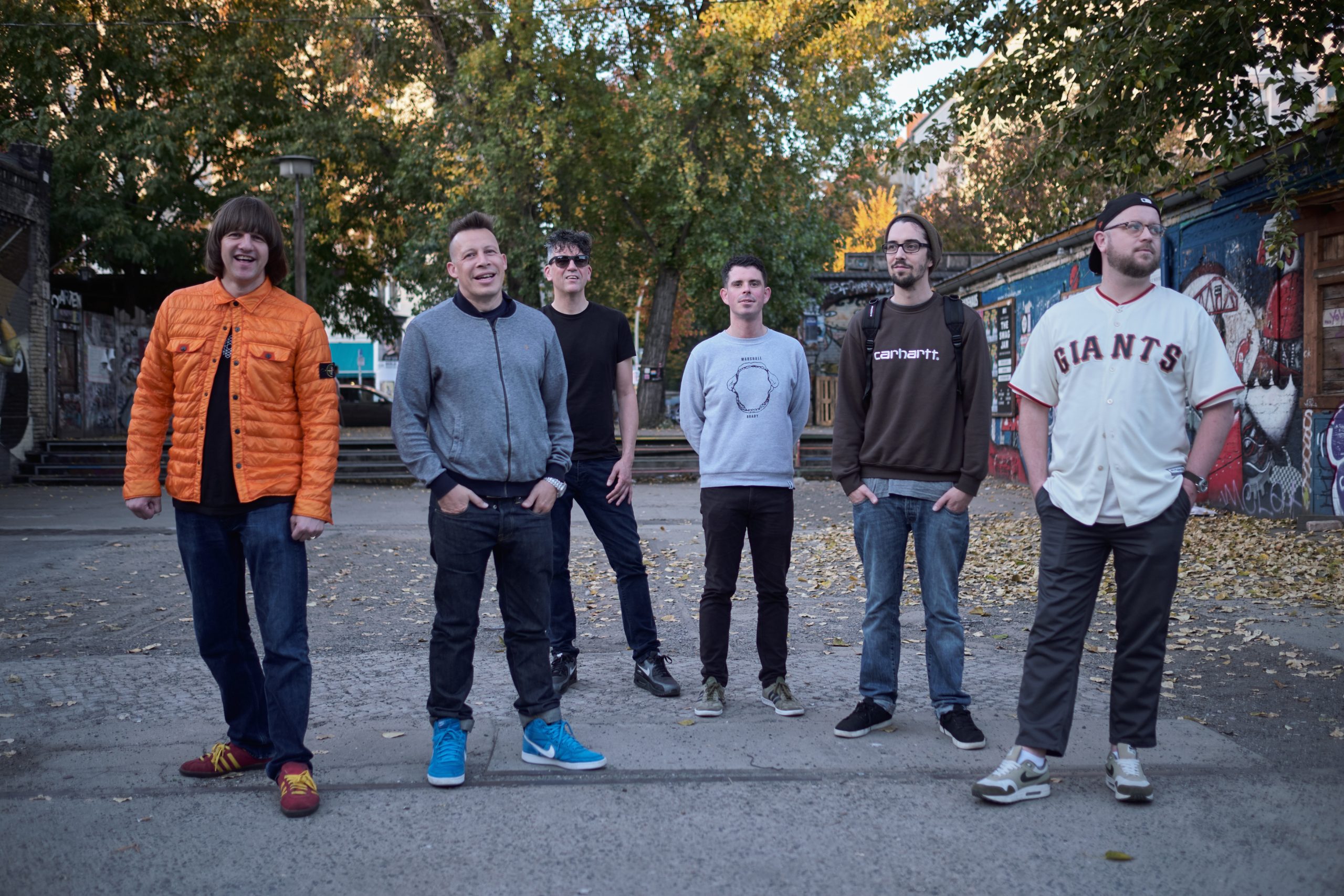 One of the finest and most dynamic funk and soul acts in Britain today, Smoove and Turrell recently celebrated ten years at the heart of the northern soul scene.

The story of Smoove & Turrell began in the post millennium North East of England with a group of working class lads and a shared passion for soul. Smoove had met keyboardist Mike Porter through the local music scene in Newcastle and recruited him for his ‘Smoove Live’ project for the label Acid Jazz. Around Mike’s house one day they overheard a neighbour singing sublime melodies in his garage with friends which turned out to be none other than a young John Turrell practicing in a band called ‘The Stevies’. After a couple of further sessions ‘scouting’ him they finally knocked on the door and had a chat and hit it off straight away.

The band’s first record, I Can’t Give You Up, proved so popular on the underground mod and northern soul scene that the initial 500 pressings sold out, resulting in frenzied online bidding that saw the record changing hands for up to £160!

This Geordie crew have since been supported by Craig Charles on Radio 6 Music and scored Radio 2 records of the week, as well as spins on the 6 Music playlist. They also did a New Year’s Eve live session on Radio 2 and have appeared at multiple festivals, including Bestival, Boomtown and Glastonbury.

“…the music of Smoove & Turrell is funky, irreverent and endlessly addictive. But most important of all, their live gigs are cheerfully inclusive; throughout the night, I felt like a truly welcome part of their audience. And speaking purely personally, that’s what makes them one of my best music finds of the year.” – Jack Stoker, northernsoul.me.uk

Their songs have been used on feature films and TV shows as well as prim-time adverts on America’s ABC network and in video games such as The Crew. KCRW Radio in LA put Hard Work in their coveted Today’s Top Tune slot, further exposing the band to west coast tastemakers and making them unlikely darlings of the US sync business.

In 2019 Smoove and Turrell celebrated ten years in the business with their 6th album, Solid Brass