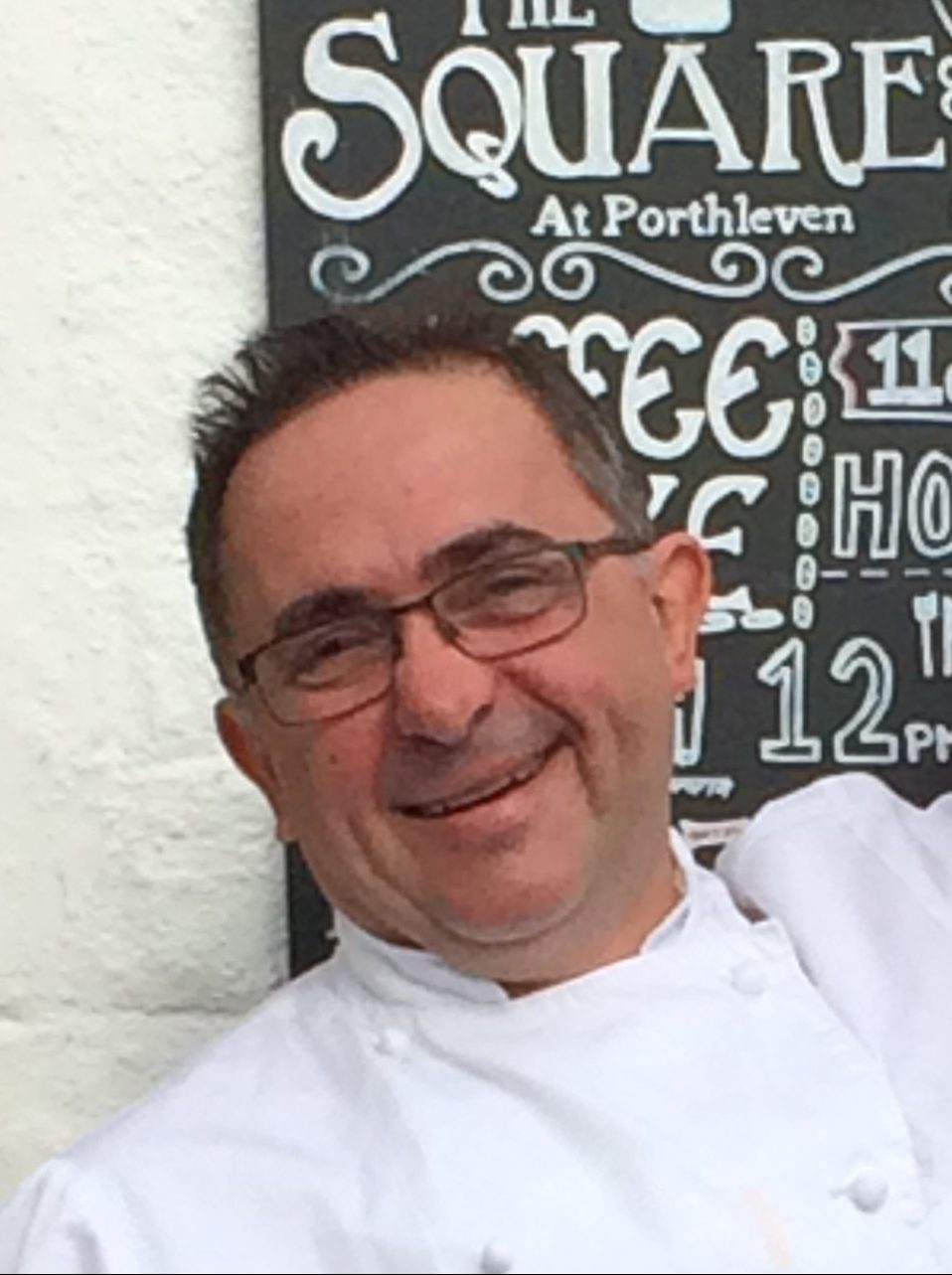 Stewart is originally from Marazion, Cornwall. He trained with Raymond Blanc at Le Manoir aux Quat’Saisons and with Michael Caines at Gidleigh Park. As Head Chef at Hunstrete House in Bath, Stewart was awarded his first Michelin star and 3 AA Rosettes.

He took over the Victoria Inn, Perranuthnoe with his wife Anna in 2006, transforming it into one of the most successful pubs in the county with a number of awards, accolades and recognition from all the major food guides, culminating in a Michelin Bib Gourmand in 2013 and 2 AA Rosettes the following year.

The couple opened the Square at Porthleven in 2012 and sold the Victoria Inn in December 2014 to concentrate on their Porthleven restaurant. The Square was awarded a BIB Gourmand in the 2016 Michelin Guide.