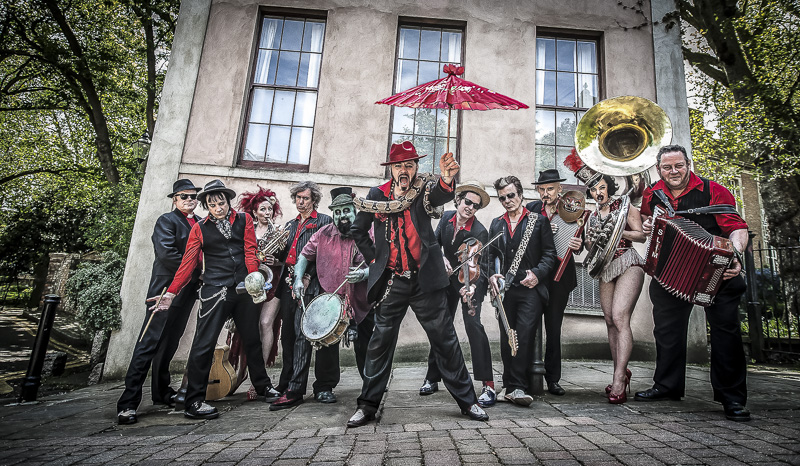 Not easy to describe this band but we do know is, it will be a spectacle!

Started by Norwegian, Paul-Ronney Angel, the band have been around since 2002 and have played Glastonbury, Download, Latitude, Bestival, Hard Rock Calling and toured with The Pogues and New York Dolls.

Described as mariachi-influenced Gyspy blues, rock’n’roll cabaret, rockabilly, punk rock tango.. they have been lauded as one of the best live acts in the UK.

Best to come along and see it for yourself!

Find out more about the band here theurbanvoodoomachine.com