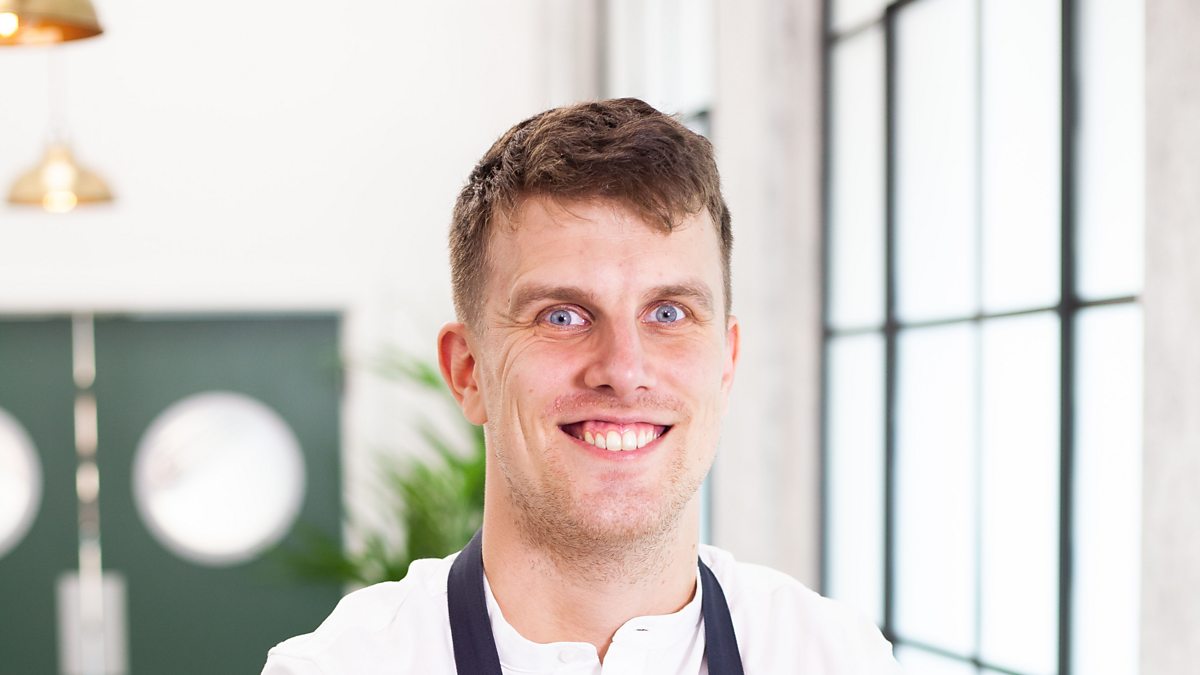 By Festival AdminJanuary 3, 2023No Comments

Tom won the Roux Scholarship in 2014 at the age of 25. He trained at Restaurant Hof Van Cleve, Belgium.

Tom’s current position is executive head chef at L’Enclume and Rogan & Co, in Cumbria. In February 2022, The Michelin Guide awarded L’Enclume its third Michelin star, making it the eighth restaurant in the UK and the first in the north of England to hold such an accolade.

Born in Barrow-in-Furness, Tom decided he wanted to be a chef around age 14 when he started cooking with his Grandma. He started his career as an apprentice at the Lakeside Hotel near Windermere, where he worked under Duncan Collinge who had in turn worked with the Roux Brothers at Le Gavroche and taught Tom the basics of classic cooking, such as how to use a knife, making stocks, sauces, and butchery. After three years, and rising the position of chef de partie, Tom moved to then two-star-Michelin restaurant The Vineyard at Stockcross, working under John Campbell for the next two and a half years, starting as a commis and working up to chef de partie, running all the different sections in the kitchen. Tom then took a role at The Square, working under Phil Howard.

Returning to his home county Cumbria, he joined the kitchen at Simon Rogan’s two-star Michelin L’Enclume and was promoted to head chef shortly after returning from his Roux Scholarship stage in Belgium.

In the summer of 2017, after six and a half years at L’Enclume, Tom moved to Copenhagen as chef de partie at restaurant Geranium under acclaimed chef Rasmus Kofoed. The move fulfilled his ambition to work at a three-Michelin-starred restaurant abroad. He then returned to Cartmel in January 2018 to work for Simon Rogan again at Rogan & Co as head chef, being promoted to executive head chef of L’Enclume and Rogan and Co in late 2019. For the Michelin Guide 2019, Rogan & Co earned its first Michelin star. Tom took part in the 2020 BBC TV series of the Great British Menu and his dish of Herdwick lamb, inspired by the children’s book ‘The Tale of Peter Rabbit’ was chosen as the winning main course and served at the final banquet.