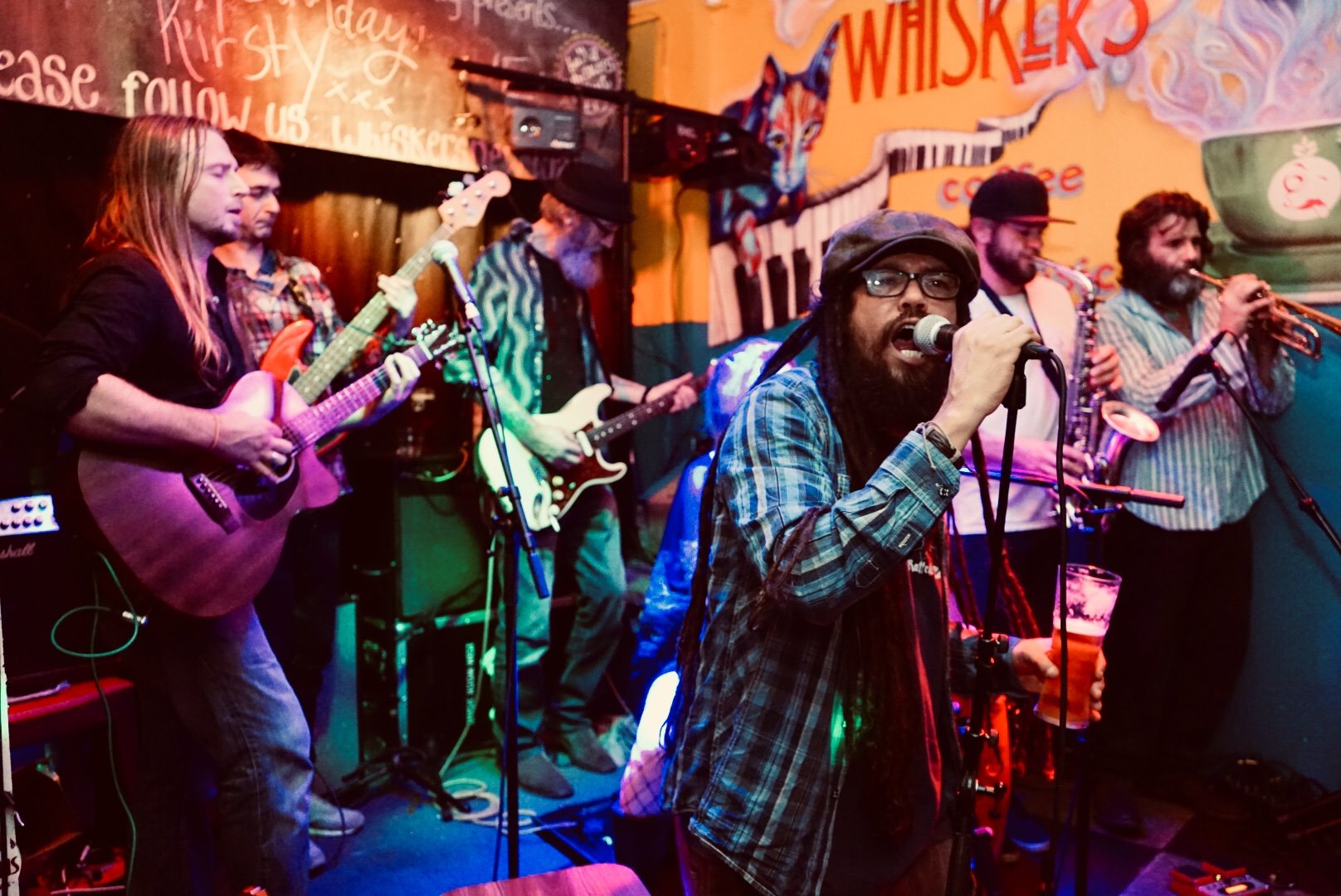 By Festival AdminFebruary 10, 2020No Comments

What once was four, turned to seven. A band, a team, a tribe, an unbreakable bond of unbreakable beats and jams which grew and evolved and now seemingly can’t be stopped! For every gig goer, from ravers to rockers to ragamuffins, there is something for everyone here…. High energy, high vibes. Your vibe attracts your tribe…..

Tribo Groove play a fusion of funk, world reggae and hip-hop music that’s sure to get you moving your feet! Members include lead vocalist and rhythm guitarist, Leo Rodrigues, who sings and MC’s in a combination of English and his native Brazilian Portuguese. Bradlee Burchill, famous for his other role in Newquay-based band ‘Beachfield’ offers lyrical melodies and stellar guitar solos. Also, Tom Davey on funk-ass bass, Paul McKenna giving it some on psychedelic guitar, Sam Jenkins offering mega-beats with the cajon and the Hollywood award-winning, chart-topping Tony King on trumpet. Tribo Groove have exploded onto the scene this year, this one of a kind band are not to be missed!